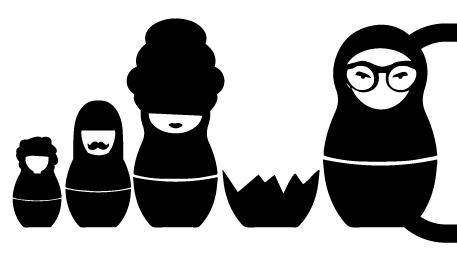 In the ‘80s the French philosopher Gilles Deleuze and the psychoanalyst Félix Guattari coined the concept of minor literature. They defined it not only as the expression of a minority, but as a literature capable of revolutionising a mainstream conversation from within: “Only the possibility of setting up a minor practice of major language from within allows one to define popular literature, marginal literature, and so on. Only in this way can literature really become a collective machine of expression and really be able to treat and develop its contents.”

Fast forward to social media and digital communication, we can see a manifestation of this concept in the tweets, production and protests of social groups – black, feminist, LGBTQ – that the public debate keeps wrongly perceiving as minor. The Knight Foundation just released the report “How Black Twitter and other social media communities interact with mainstream news”, which provides  guidance for journalists willing to tackle this topic. The main points are summarised in an article: do your work and study the context; go beyond the clicks, they (and big data in general) overrepresent a selection of instances and not necessarily the most interesting ones; build meaningful connections; don’t study from a distance, but engage yourself upfront; be transparent on the purpose of your mission, it will give you access to more meaningful inputs; question your world view.

Although the report targets journalists and is based on data collected in the US, I feel that these tips are of extreme interest for any project dealing with community management and civic engagement beyond populism. The battle against populism is first and foremost a battle for knowledge. Feminism and minor communication can be extremely powerful weapons. If we assume that knowledge makes us progress as a society and as individuals, then there is a gap we have to bridge between the supposed end beneficiaries of such progress, the citizens, and the places where knowledge is produced. Because so far, the only strong alternative to hyper specialised and (intentional or not) elitist communication is a populist negation of expertise and science. In my home country, Italy, this phenomenon is exacerbated and the Five Stars Movement, which has triumphed in the recent elections, has capitalised on it. The Movement is famous for spreading the idea that vaccines are useless when not dangerous (it worked: the Ministry of Health last year registered an increase of measles, and even Nature expressed concern over this topic), and for claiming that anybody can take up public office regardless of their expertise (let’s say that Rome’s Mayor does not provide a convincing proof of concept…). It is the same country of my grandma, who has always been extremely proud of her elementary school diploma: she used to say with joy “Me, the daughter of a carpenter! Can you imagine?!?” while filling La Settimana Enigmistica crosswords with her rounded childish handwriting.

What went wrong in the span of a lifetime? Excellence and specialisation are increasingly perceived as boring, overcomplicated, elitist, instead of something to aspire to and dream of as it was for my grandmother just a few generations ago. And don’t make fun of us Italians: you have your Le Pen, Trump, Neo-Nazis and Brexiters… We are just louder and run faster towards the abyss. The phenomenon is complex and manifests in different forms across the world, we can’t point the finger to a single reason, party, moment in history. Nonetheless, communication is surely a big part of the game. The progress of knowledge has generated new categories of domination, kept far from the understanding and everyday problems of people who do not work in highly-specialised fields and do not know their jargon. Take investments in research topics abstruse to the most: they generate jobs and cascade benefits at any level of the value chain. This is a crystal-clear evidence for anybody working in research or dealing with it. I think we are on a mission to make this (and vaccines, the perks of Schengen, peace, preserving life underwater, you name it…) evident to everybody. To simplify the specialist jargon and make it accessible. Which does not mean lowering the quality, nor suppressing fields that are difficult for the man of the street. Instead, it implies concretising macro visions in graspable results for the 99%. Most populist movements are getting traction not because of the strenght of their proposals, or for their coherence: they do simply because who is supposed to oppose them has either nothing to say, or speaks a language that is far away from the needs of the largest part of the population. What is worst, such supposed representatives of the public interest do not even bother checking whether their message makes sense for their audience. It is as dialectic as playing badminton in a clean white uniform while an hurricane rages outside. The ball movement might give you the illusion of an exchange. But you are just playing with your buddy who shares your worldview and wears the same sneakers.

There is no magic formula but surely it is important to build a minor communication around it. Better said, a minor conversation, because it can’t be unidirectional. We need a feminism for the 99%, claimed famous activists like Angela Davis and Barbara Smith when calling for a worldwide strike on March 8. What is a feminist communication about research, innovation and knowledge? It must be able to tackle diversity and difference; to speak of precariousness and oppression; to make knowledge again a factor of traction for the society and the economy; to collect problems from the bottom up and find connections with potential solutions; to listen and welcome instead of selling a gospel that is understandable only by an elite. Without denying the importance of excellence and hyper specialisation, when speaking with the citizens who are left behind by globalisation and the troika it will be extremely important to create bonds, a sense of belonging and purpose; otherwise, we will be held responsible for this global wake of populism as much as its representatives.