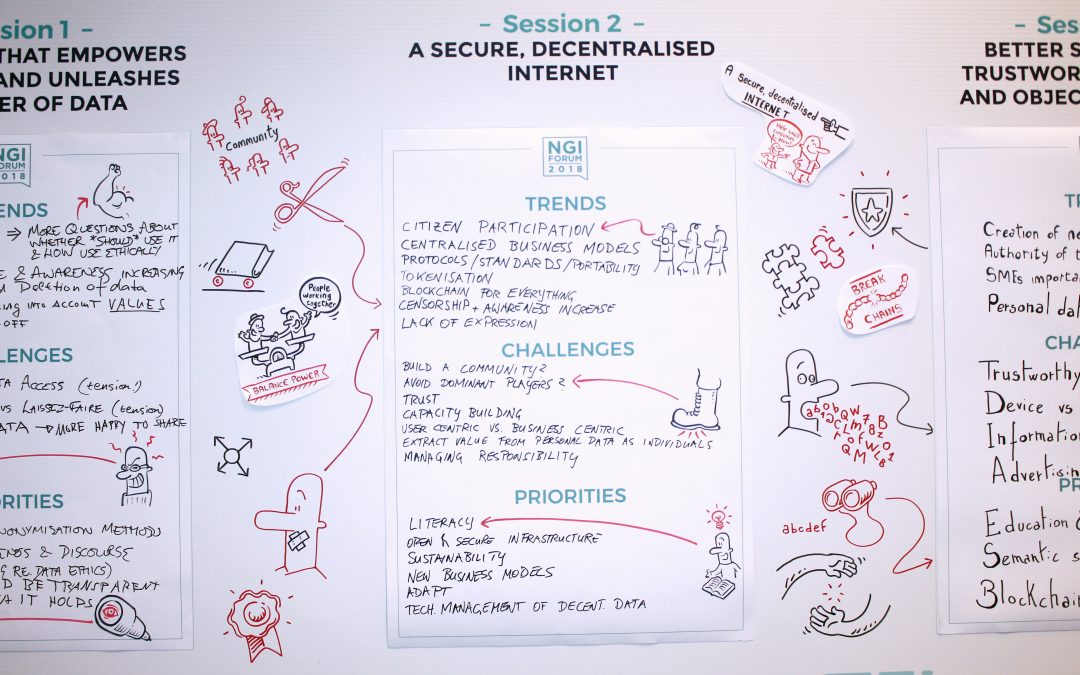 What do we talk about when we say a “decentralised Internet”? It is undoubtedly a hot topic, especially from 2017, the year the Internet lost its innocence under the attacks of the Cambridge Analytica affair, boycotts like #deleteUber, or the widespread of fake bots, just to name a few. Since, much of the debate has been focusing around data – namely on their concentration in the hands of a few big corporations, and on privacy concerns. The conversation has gone so far that there are “data as labour” advocates, who claim that maybe citizens should be able to sell their data. After years of work, with perfect timing, the EC launched in May the GDPR privacy norms, which reinforce citizens’ rights and agency over big corporations’ data-extractive businesses.

Although we can’t deny the role of data management and privacy in the debate, a decentralised Internet does not happen only at the Web and individual applications level. In NGI Move we have defined the Next Generation Internet as a set of centralised protocols that can be operated in a decentralised way. It is a working definition that spurs some essential questions. Which digital infrastructures should be centralised in Europe? Can they be defined “commons”? How and to which extent can they be freely operated at the edges by companies and citizens? In one word: governance.

I had the pleasure to moderate a session at the NGI Forum in Porto, where four experts led a short but passionate debate about the foundations and the goals of a decentralised Internet: fair and responsible data management (Pablo Ojanguren, Swell RT); peer to peer approach for a truly decentralised governance (Antonio Tenorio, P2P Models); a better economic model for our society (Alex D’Elia, Mangrovia Solutions); a more effective and trackable public funding mechanisms (Sanyu Karani, Funding Box). 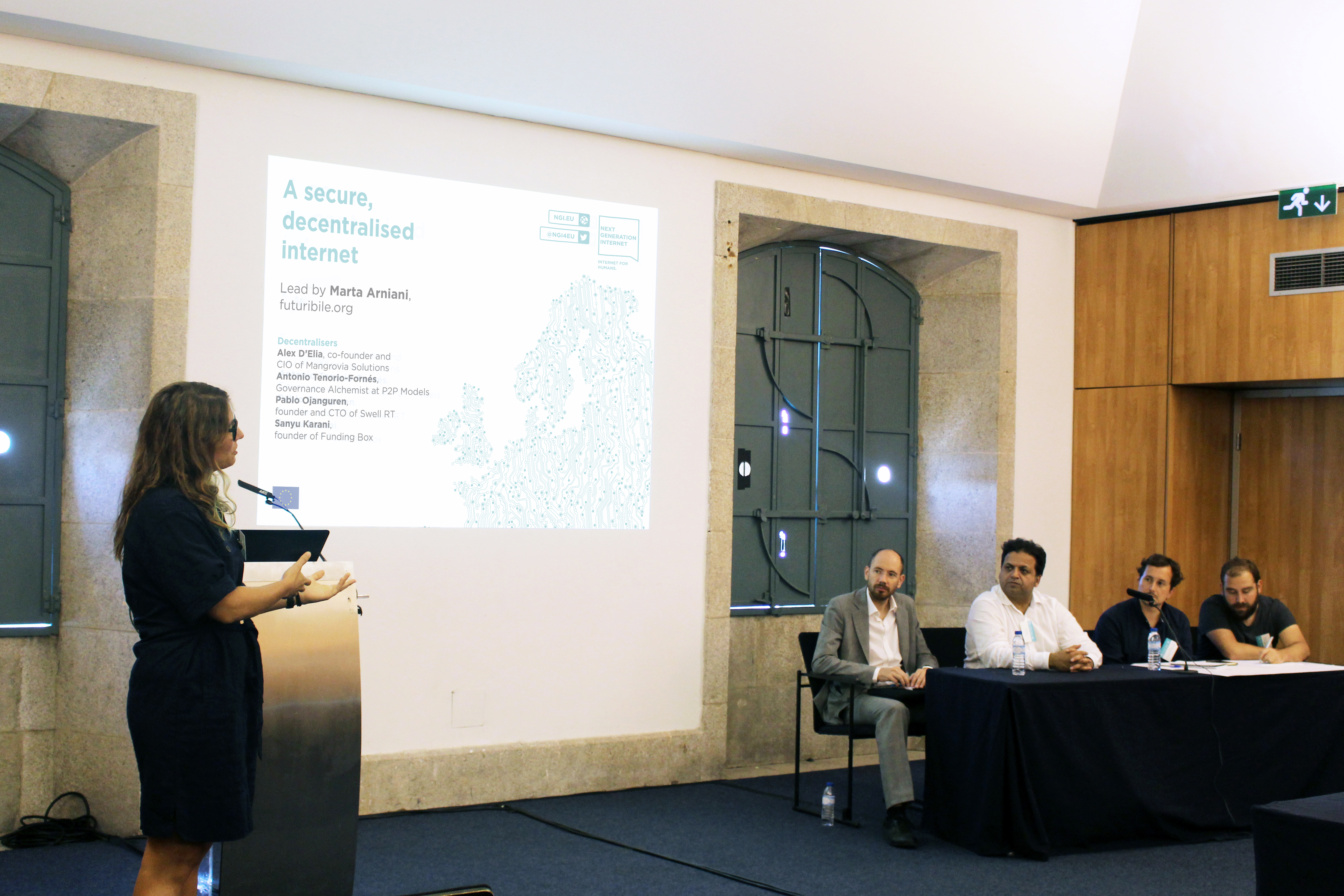 The main challenge is to avoid the concentration of data (and power) in the hands of a few dominant players: big corporates have limited interest in empowering their users, but are undoubtedly more competitive than decentralised solutions in the user experience. The challenges to be tackled in this run are building trust in decentralised systems, as well as creating a strong community around the topic while supporting a larger upskilling and literacy. Moreover, citizens will need to better understand what value they can extract from their personal data and become more responsible in managing them. 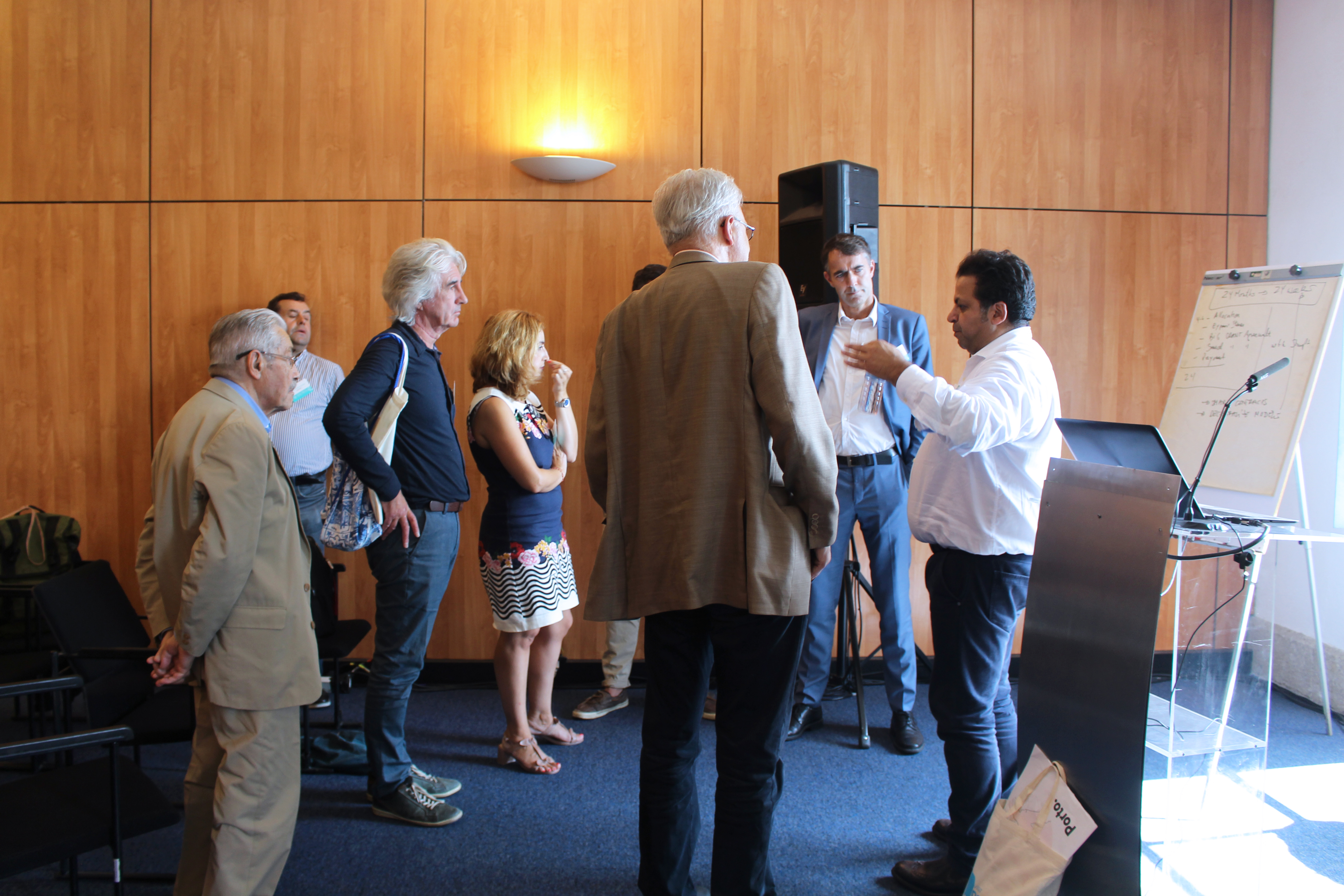 “A decentralized infrastructure is not a sufficient condition for a decentralized world. Indeed, many Blockchain applications are build with the objective of becoming new monopolies, the winners that will take all off the markets to come” (Antonio Tenorio, P2P Models).

“Users don’t really control how their data are delivered to service providers, which gathers them through centralized channels (user interface, web or app) and process them. Moreover, the information returned by the service can be only consumed in one controlled way. It is like buying shoes that you can only wear in the streets allowed by the vendor” (Pablo Ojanguren, Swell RT).

“The Token economy is promoting a new model of decentralized power for wealth redistribution. But a better economic model for our society can’t come only from making blockchain the backbone of our digital infrastructures: a mentality shift is required” (Alex D’Elia, Mangrovia Solutions).

“From 24 months to 24 weeks: blockchain could shrink the time needed to deliver public funds and make the process transparent and efficient. For Europe it would mean capitalise better on its research excellence and facilitate the raise of highly innovative businesses, while increasing accountability and trust” (Sanyu Karani, Funding Box). 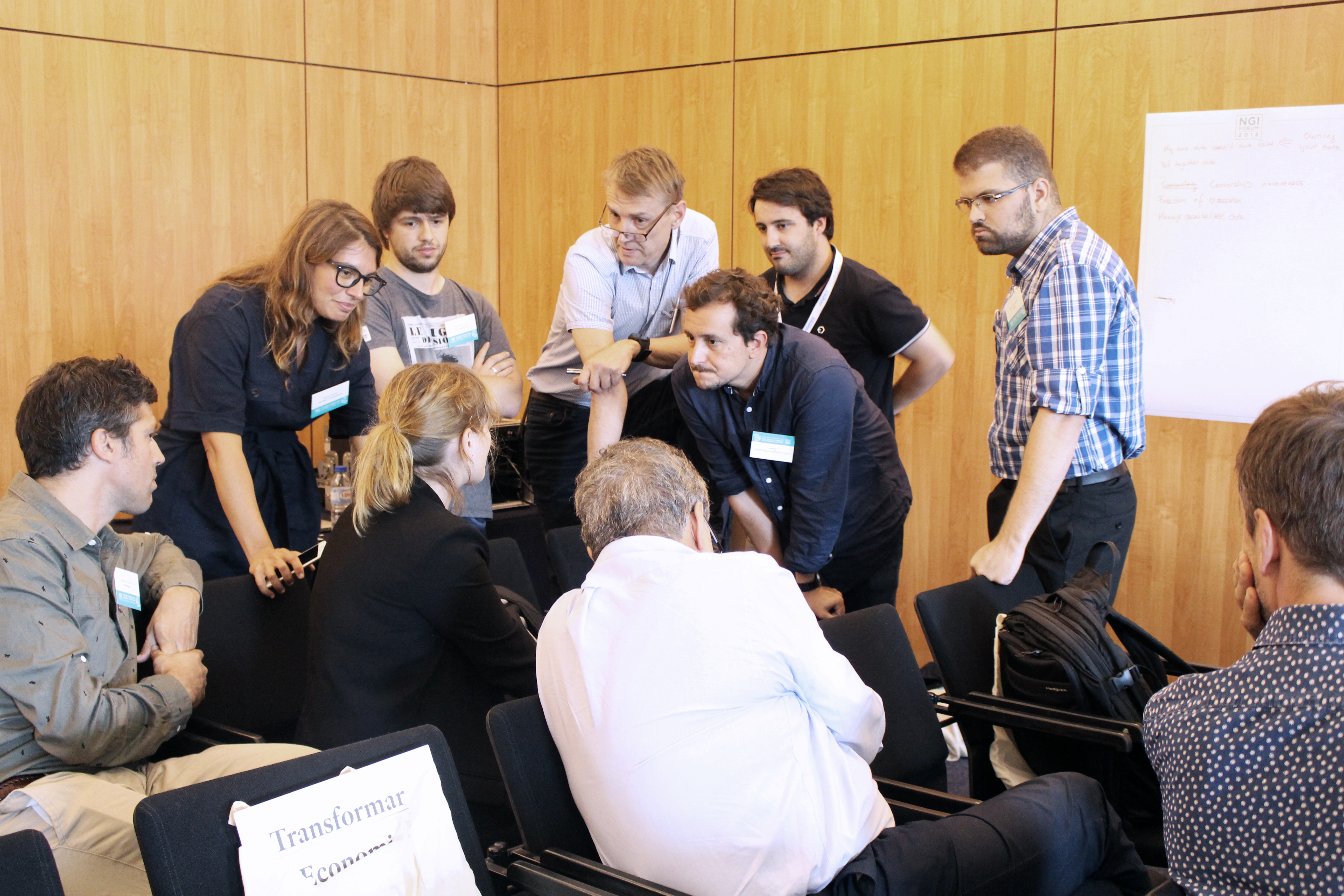 PRIORITIES FOR A DECENTRALISED INTERNET

Where should efforts be focused starting from today? Here are the main priorities emerged during the session:

The narrative of peer computers and individuals interconnected on a blockchain is only partly true: running such systems requires an increasing computational capacity (at machine level) and technical skills (at personal level). These elements can be equally distributed in a niche of experts, but a large-scale adoption of any decentralised infrastructure will undoubtedly recreate an unequal distribution of power.

The blockchain hype is all about a promised land of business and democracy coming from the application of the technology in any possible field. To reach that promised land, consider focusing on governance and business models, the real bearers of decentralisation. Technology will follow. 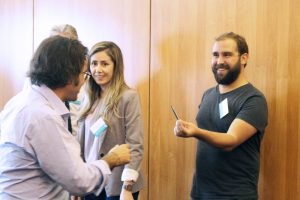 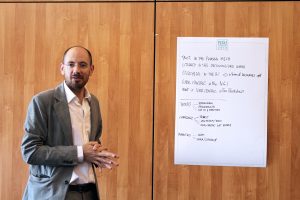