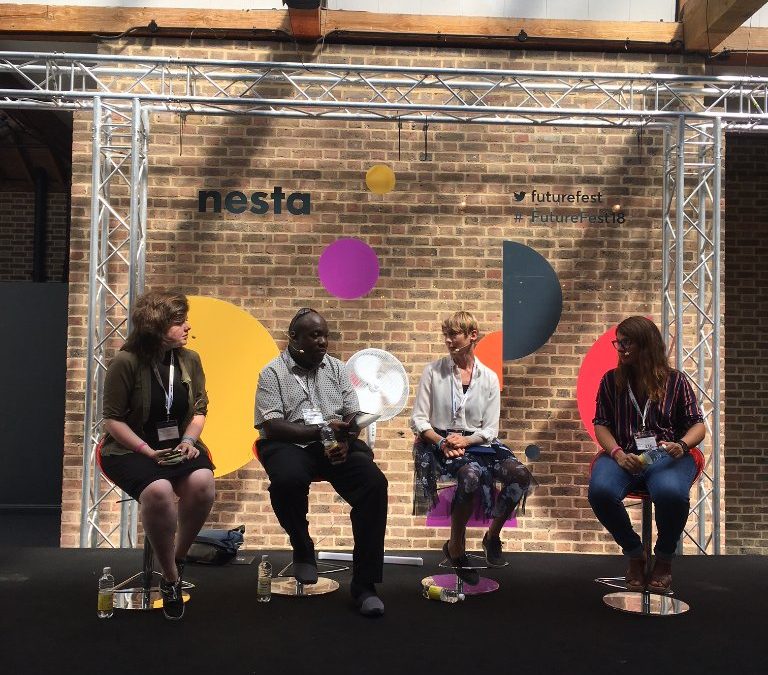 Last summer I had the pleasure of being on the panel re-decentralising internet at Futurefest. We had a wonderful discussion with Manon den Dunnen (strategic specialist at the Dutch National Police) and Ian Forrester (Chief Firestarter at BBC R&D), chaired by Katja Bego, senior researcher at Nesta.

The internet isn’t where we want it to be. With power increasingly centralised in the hands of very few players, citizens have little say in where we want the internet to go next. But challenging existing dynamics won’t be easy: we find ourselves caught in the crossfire between the dominant American models (driven by Big Tech) and the increasingly powerful Chinese model (where government reigns supreme). Is there scope to create a third, European model, where citizens and communities are in charge?

Here you can find the full (audio) recording: