Thoughts for the Anthropocene: click water before leaving the Planet 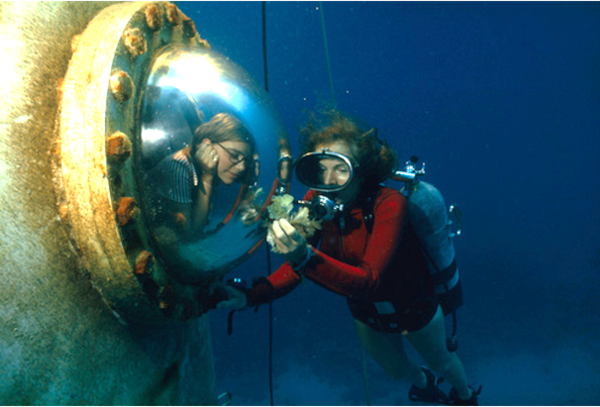 For some sort of cognitive bias, we tend to think that what is on a map is actually mapped. The time Earth exploration was a journey on a vessel designing new cartographies is remote in our imaginary. We think we mapped it all. Nonetheless, we call the Earth the “blue planet” because two-thirds of its surface are covered by water. So far, we explored roughly 5% of it. While a dozen people have walked the surface of the Moon, only four people have been in the deepest depth, the Mariana Trench (1960: Don Walsh, a U.S. Navy officer, and Swiss ocean engineer Jacques Piccard on board the Trieste bathyscaph. Fun fact: the Trieste was designed, funded and built with European money and R&D, but it was the US Navy to employ it in a mission that made history. 🤦🏻‍♀️ 2012: the movie director James Cameron. Yes, the guy from Titanic. He even managed to tweet from the abyss. 🤳2019: Victor Vescovo, who found plastic down there 😱😱😱😱).

NASA’s exploration budget outpaces the ocean exploration budget of NOAA (National Oceanic and Atmospheric Administration) by roughly 150-to-1. How did the seas escape our collective attention and quest for the unexplored? Why are we more curious as a society of the death and silent space instead of our oceans, the element that has more life diversity and that gave birth to everything we know? Here below, some prompts to reverse the tendency.

In 100 radical innovations breakthroughs, the European Commission includes living underwater as an alternative to an Earth surface made inhabitable by overpopulation or natural catastrophes. While the perspective is quite a long term, the first step is underwater gardens and plantations, with underwater rewilding playing a key role for biodiversity, and underwater greenhouses increasing our capacity to feed the planet (check the Nemo’s garden, the first underwater cultivation of terrestrial plants).
In most sci-fi cultural production, the future of the human race is definitely taking place in space. Current Futures is a sci-fi ocean anthology of original short stories in a future when technology has helped unlock the secrets of the ocean. #summerreads
We are well aware that sea-level rise threatens physical infrastructure like roads, subways, sewage discharge networks, and power lines. But until a recent study, no one had looked specifically at how higher water will affect internet infrastructures located nearby coasts. #oups
How fish and shrimps could be recruited as underwater spies: 🐙🕵🏻

The latest project from the US Defense Advanced Research Projects Agency (Darpa) aims to improve military intelligence by using a range of aquatic creatures – from large fish to humble single-celled organisms – as underwater warning systems. “We’re trying to understand what these organisms can tell us about the presence and movements of all kinds of underwater vehicles in the ocean,”