Shall sousveillance become a civil right of the digital age? 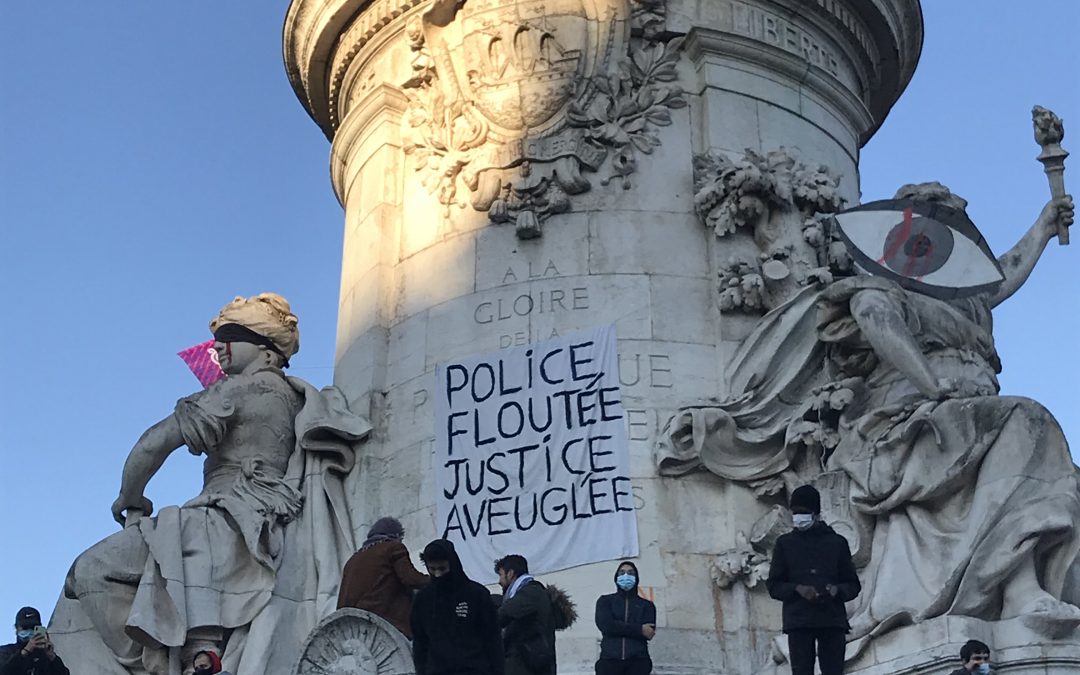 Europeans often look at the easiness with which American cops take lives (certain kind of lives, mostly) with superiority. Analysis of the US social divide, poverty and gun culture fill the columns of eminent newspapers. Still, their indignation is fuelled by the possibility of seeing these acts of violence, sometimes almost in real-time. The silence of women, the victims who are invisible because not filmed, goes hand-in-hand with their social status, lower of the lowest. Capturing deviant acts by the police is a way to hold power accountable and to amplify the voices of the oppressed. It is quite astonishing to see how a European government, the French one moreover, the self-elected herald of liberté, is legislating against the very possibility of sousveillance. Surveilling the surveillant is not a fundamental right, but maybe it should be in this digital panopticon age.

What’s going on in France

The article 24 of the Loi de Securité Globale (Global Security Law) criminalises the broadcasting of “the face or any other identifying element” of on-duty police officers if the goal is to “physically or mentally harm” them. The official reason is protecting police from online abuses. Unfortunately, the wording is so vague that it this seems to tend more towards dissuading citizens and journalists from filming the police and holding them accountable. The Bill also includes the authorisation of drones in public, as well as the livestreaming to authorities of footage from policemen’s body cameras. Flooded with critics not only on the substance but also on the manner the Bill passed, the government promised to get Article 24 rewritten by an external experts committee.

While the UN raised its voice firmly, there has not been equally strong condemnation of the law by European institutions. I think this is a missed opportunity for opening a debate about surveillance in the Union. The ban of facial recognition in public spaces, present in drafts of the AI White Paper, disappeared. Instead, the interlinking of distributed sensing and policing is the subject of civil society petitions to ban biometrics surveillance.

As I wrote in a previous issue of my newsletter, “the culture behind a police system that lets individual cops feel entitled to be violent with citizens (“by chance” with those who are already discriminated), is the same that promotes digital surveillance as the solution to crime and social disadvantage”. It is doubtful that police can cover its social duty by transforming cops in sensing devices able to operate undisturbed. Because there should be nothing to hide in what they do. By focusing on leveraging the novel possibilities opened by portable devices and machine learning, we miss a precious debate on the intention of data collection, on the power imbalances it generates and on the real reasons of violence escalations. If sousveillance was a civil right, at least we would equip citizens for the digital age.