Data Campfire: a methodology for data justice in urban regeneration 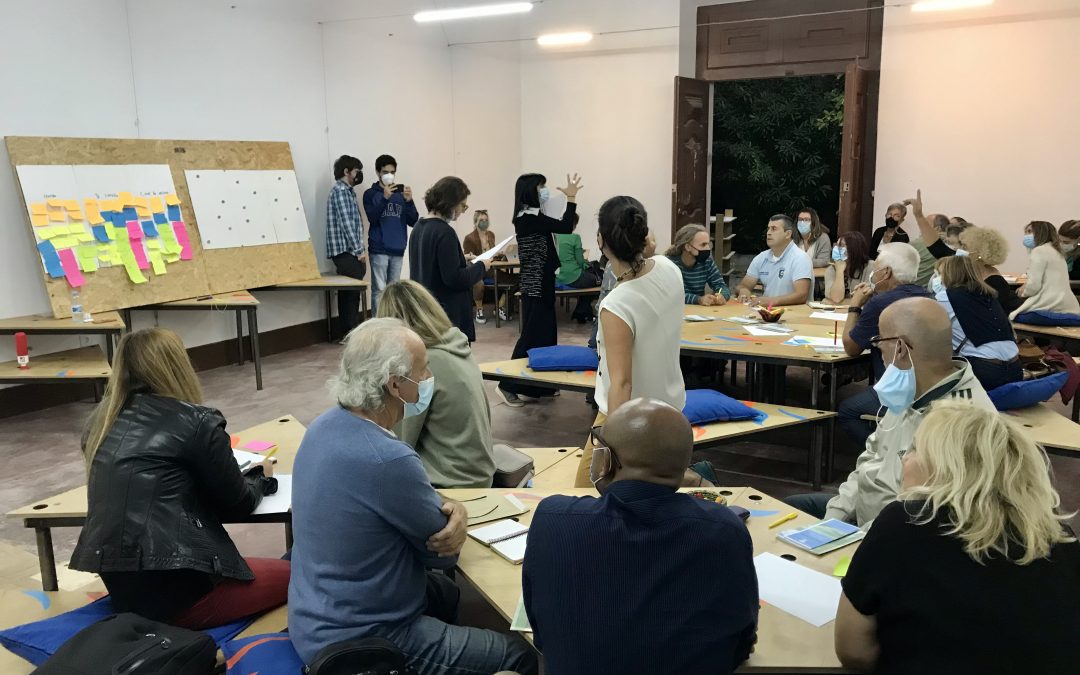 What do official data tell us about a place? How to make a place speak through its informal data? To find out, I have recently organised a Data Campfire with community representatives in Trafaria (Portugal) to sketch a bottom-up dataset that could represent them more than traditional demographic or economic data.

The act of building datasets is a political one: what counts? Who counts, and who stays out? Which is the purpose of data collection? Who sits at the table when the “common good” is defined? Community organisations and informal leaders are living sensors of the local population’s evolution, needs and challenges. This knowledge base needs to stay relevant in the regeneration process as much as “official” dataflows from technological sensors and public authorities sources. Indeed, historical reality and desired reality tend to be disconnected. Historical data perpetuate inequalities: data about disadvantaged groups embed and perpetuate their historical disadvantage but tell little about their everyday lives and desires.

Trafaria is one of the pilots of the T-Factor project, which intervenes in urban regeneration sites across Europe to animate the “meanwhile”, the lapse of time between the start of renovation and the final delivery of the site, transforming it from a waiting time to a placemaking time. In Trafaria, the meanwhile activities of T-Factor will take place in the local ancient fortress, where political prisoners were kept until 1974 and where students from NOVA Institute of Art and Technology (NOVA IAT) will study in a few years from now. The fort hosted the Data Campfire, a data justice workshop methodology I ideated to quickly prototype a bottom-up dataset that will help design meanwhile activities. 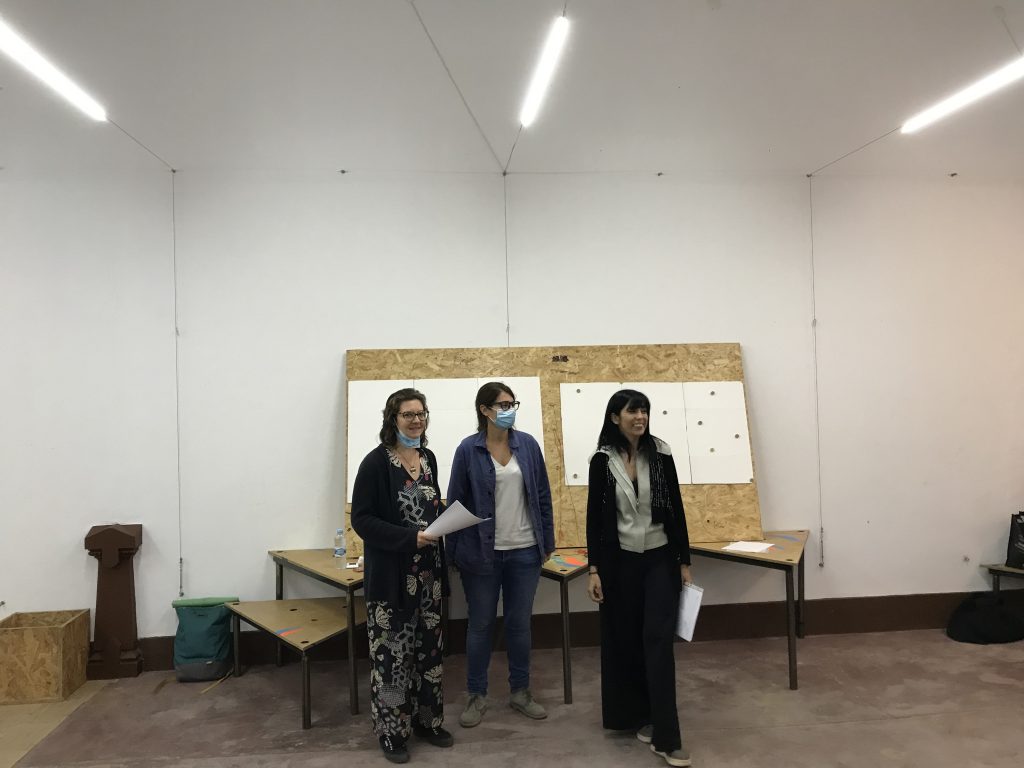 When you come from Lisbon to Trafaria with a boat, you see on the right the touristic destination of Belem, with its monuments and museums, and on the left an immense factory with a cargo ship dock. Trafaria is right there but cannot be reduced to this aesthetics or the official figures about its ageing population. Once a holiday destination for wealthy people from Lisbon, with a casino and a promenade on the Tagus river, today people from the capital would go to Trafaria for its fish gastronomy. Another thing that statistics won’t tell you and that emerged from the workshop is that inhabitants’ sense of belonging is anchored in their beaches and green surroundings, the local fishing history and the recent history of families moving between areas of Trafaria or coming from former Portuguese colonies. 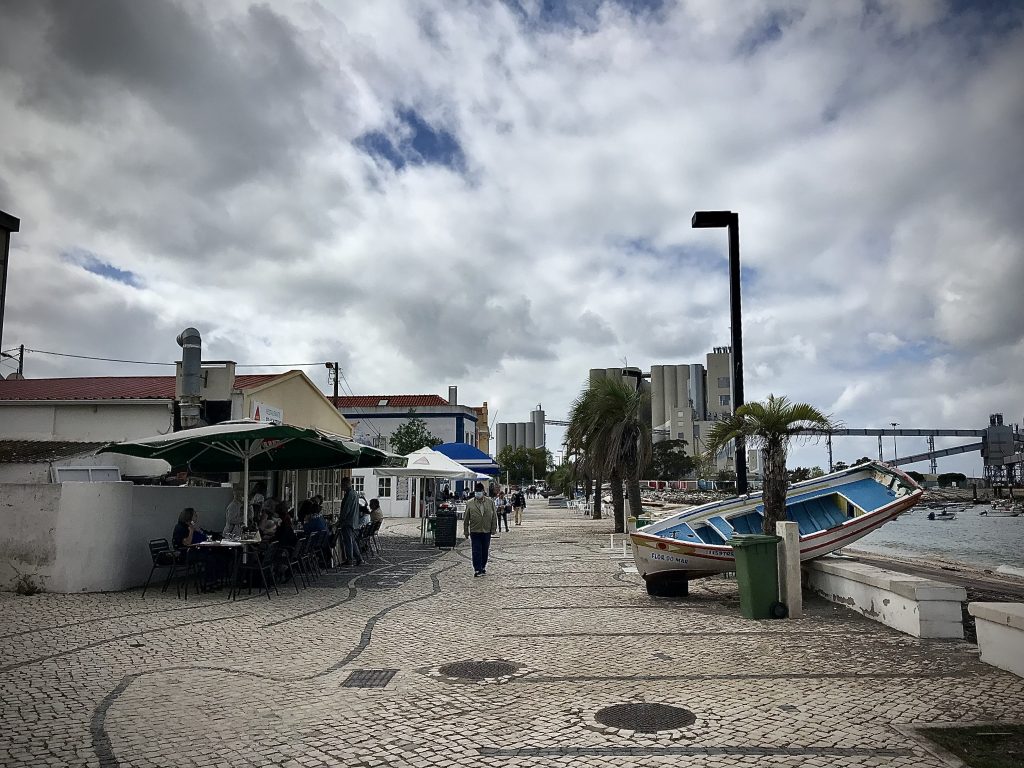 Data campfire is a methodology I developed to gather rapid bottom-up knowledge, make it collective and value it alongside official data in regeneration projects. Individual interviews are common practice: asking individuals who somehow can “speak for the community” to tell their story is an effective way to get acquainted with the dynamics of an area. Nonetheless, interviews are one-way and reflect the views of the interviewee. The methodology explores the role that sharing and collectivising individual knowledge can have for placemaking. With colleagues from Nova University, we brought together different community representatives to collectively create datasets. 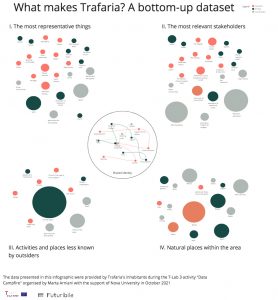 The activity consisted in building a three-layer map enriched with data from locals. Two layers are built with the help of participants, while the third is made of official data is utilised as touchstone to raise awareness about how data create narratives. We discovered spots we had no idea existed or mattered for people and understood from the participants perspective the most representative things of Trafaria and what all its neighbourhoods have in common. The process of sharing information and confronting other inhabitants’ views was at some (positively) intense: some people were moved, others had animated exchanges on their divergent opinions. 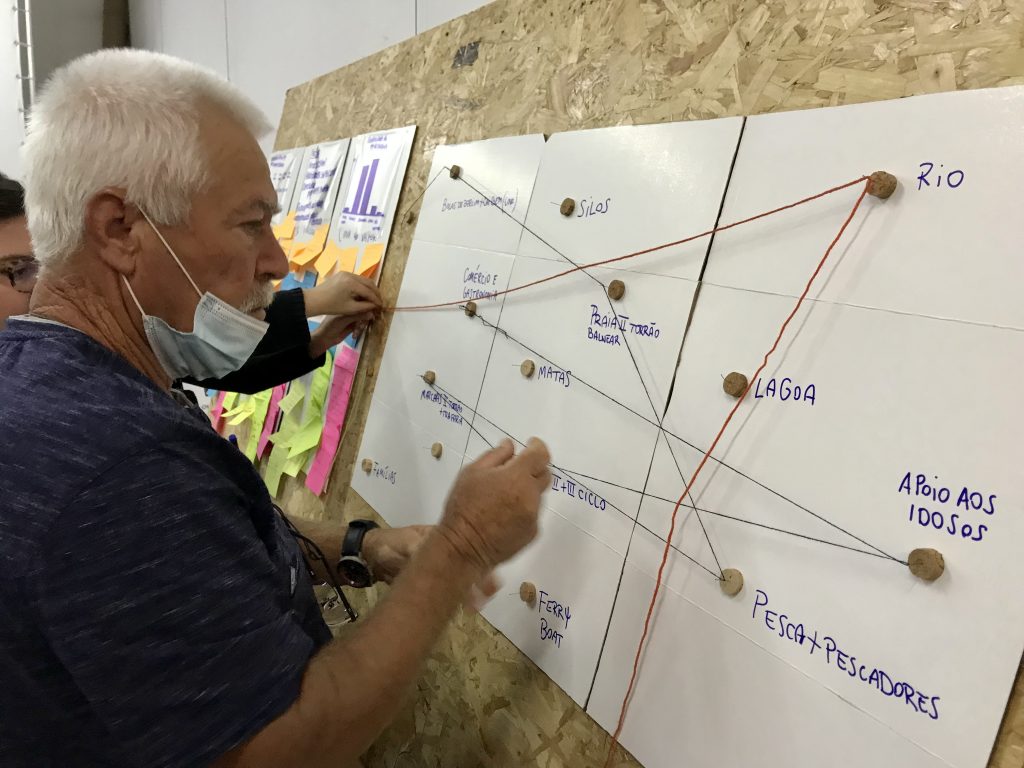 The next step is to make sense of all these inputs within the framework of the bottom-up museum, an exhibition space that Nova University will build in a participatory manner with Trafaria’s inhabitants. For T-Lab 3, the digital placemaking lab I lead in T-Factor, the challenge is understanding how technology can support the storytelling process—looking forward!