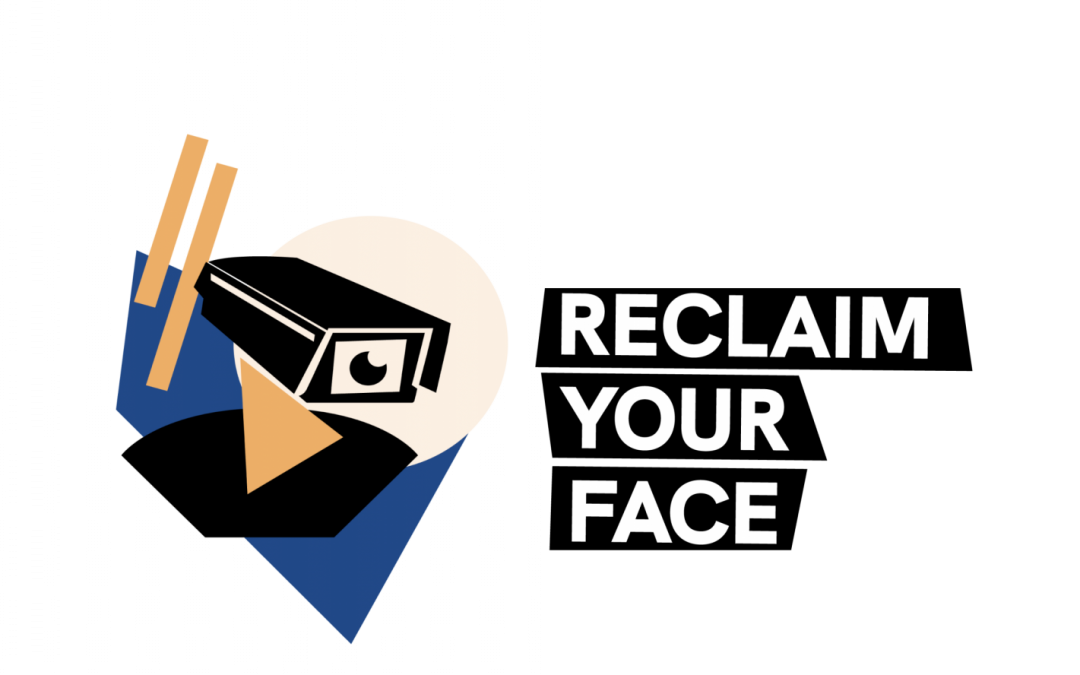 On January 7, the European Commission decided to register a European Citizens’ Initiative (ECI) entitled ‘Civil society initiative for a ban on biometric mass surveillance practices’. This officialisation is a gamechanger: if the ECI – better known as Reclaim Your Face – receives 1 million support statements within one year from at least seven different Member States, the Commission will have to react within six months.

What is biometric mass surveillance?

Biometric data is data about your body and its behaviour: it includes the recognition of your face, fingerprints, walking style, hand geometry, iris recognition, retina, typing rhythm, voice.

Biometric mass surveillance is any monitoring, tracking, and otherwise processing of the biometric data of individuals or groups, done in an indiscriminate or arbitrarily-targeted manner.

Where does it take place?

Most of it happens in public spaces, with surveillance cameras, under the justification that they increase security. Policing is becoming the norm. By the end of 2019, at least 15 European countries had experimented with invasive biometric mass surveillance technologies, such as facial recognition. Many governments have done it opaquely, in collaboration with secretive tech companies, in the absence of public debate, and without having demonstrated that the systems meet even the most basic thresholds of accountability, necessity, proportionality, legitimacy, legality or safeguarding.

Why should I worry?

Because it makes it possible for governments and companies to build up incredibly detailed permanent records of where you go, who you meet and what you do. Moreover, these data can be used commercially, for instance, to improve advertising. At the moment, nothing guarantees that these records – which are linked to aspects of you that you can’t change, the biometrics, will not be used against you in the future for law enforcement or commercial offers. The increased capacity to identify and track individuals is likely to be particularly damaging for populations already abused or highly policed, like people of colour, LGBTQ+ people, irregular immigrants, and social activists.

In theory, yes: the European law does not permit mass surveillance, and biometrics are considered very sensitive data under the General Data Protection Regulation (GDPR). The problem is that technology innovation has gone faster than the law, and we lack laws explicitly addressing the new land of surveillance opportunities created by technology.

Which are the demands of the campaign?