Sidewalk ontology: the dangerous equation of robots and pedestrians 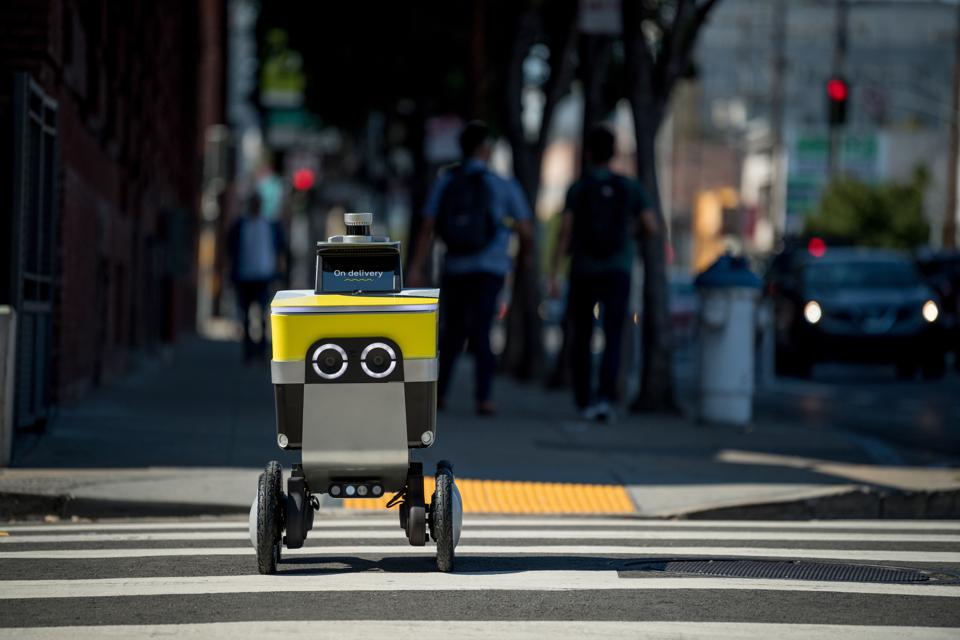 Recently Pennsylvania passed a law that authorises delivery robots to circulate on sidewalks and classifies them as pedestrians. Autonomous robots are referred to as personal delivery devices (PDD). PDDs are equated to pedestrians so long as they grant the right-of-way to cycling or walking individuals (and they better do, since they can circulate up to 20 km/h and weigh 250 kg, not exactly a standard pedestrian).

This new legislation, similar to the ones approved in other American states, shows a tendency to subjectify technology products so that they can operate in the existing regulatory context, which is way easier than rethinking the whole interaction between different agents’ categories. This regulatory mentality adapts uncritically to technology, an inherent defeat that we addressed collectively in a publication a couple of years ago:

“In an environment of extreme quantification, measurability and traceability, made possible by the replacement of politics with engineering, the human body acquires a mechanistic dimension that strips it from mutuality and its inherent, complex relationship to identity, selfhood, sociability, autonomy and desire for authentic engagement. This kind of binary abstraction will soon no longer be possible since the digital is hitting back into presence. Who should be held responsible in a self-driving car accident? The person? The driving system? The occurrence of a natural landslide, escaping the predictability of the digital ecosystem? In a mediated environment – where everything is connected to everything – it is no longer clear what is being mediated, and what mediates. We are reaching the operational limits of law and politics’ definition of subjects and responsibilities.”

The exercise of mapping the existent can take two routes, an ecological one driven by regulation, and a utilitarian one, driven by technology.

The utilitarian route is the technosolutionist one, one ID to reign them all, which reduces complex beings and interrelations to data constellations and rational agents. These encodable subjects and attributes, and not the living circumstances where they are created and live, are comprised by the network gaze, which has no problems in equating beings and artefacts. For this approach, a robot and a pedestrian can be the same entity since it facilitates operations: when the law accommodates it, it is ringing its own death bell.

The ecological one goes beyond anthropocentrism to map living elements into law, elevating them from landscape elements, or passive resources, to subjects. It is what happened in New Zealand when human rights were granted to a river as an extension of the rights of the neighbouring tribe that see an ancestor in it. It is also what the project zoöp is trying to formalise: a new kind of legal format for collaboration between humans and collective bodies of nonhumans, to support ecological regeneration. The ecological route is an augmented ontology: we acknowledge that some beings need to be recognised by the regulatory infrastructure to inform it and not just be subjected to it. Legal personhood alone won’t protect them from technology extractive abuse, but it is a start: it provides a public interest framework.